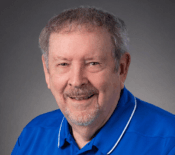 Tom has been a resident of Royse City since 2006. He was first elected to City Council in May 2010. Previously, Tom served on the Royse City Zoning Board of Adjustments and served in the same capacity as another community. He has been a member of the Royse City ISD Strategic Planning Committee and served on the Board of Directors of the Chamber of Commerce and chaired a Military Affairs Committee for the Chamber of Commerce in San Angelo, Texas. Tom has performed as an arbitrator for the Better Business Bureau, is a former member of Rockwall County Appraisal Review Board (ARB), past-president of a Home Owners Association, and a member of Rotary International, Royse City Chapter. He has been a committee member of six local Board real estate association committees, chaired four committees, and additionally, served on three statewide real estate committees. Tom is in the 24th year of his real estate career - currently, with Century 21 Real Estate in Royse City. In addition to his real estate career, Tom was a Law Firm Manager Area for 11 years. Tom is a veteran of a 22-year Air Force career in which he spent 18 years in Intelligence and Reconnaissance collections operations of which 13 years were staged from overseas locations, later becoming a platform instructor for students entering airborne reconnaissance operations. Later in his career, he participated for more than three years in the Journalism career field. Amount other duties, Tom was tasked with Public Relations and Advertising for the Air Force that included pre-arrival coordination with local public officials that were sponsoring to their communities the USAF Thunderbirds Aerial Demonstration Team air shows. Tom has been married to his wife Lisa for 52 years. They have two adult children and eight grandchildren.